They Say You Can’t Time the Market

But we seem to be blessed as of late. Selling our home in California right as the market turned was a true blessing as all we had wanted was to avoid losing money after only two and a half years of ownership. And it worked out well for us. However, if we had waited another year to sell, we would have gained at least $100K given all the Facebook and Twitter IPO cash flooding the market in the Bay Area. But I’m not complaining.

When we bought our house here in Nashville last June, it was a recovering market where our neighborhood, long known for being hard to get into due to most sales happening privately, was at least sane enough where houses were being listed publicly. We bought it at asking price and were just glad to be in the nabe.

And now? Well what should appear in our mailbox recently but a hand written note from someone who wants to buy our house. Seems like the market has turned here and we’re on the right side of it. Blessed again, because there is no way we could have planned this. Or so the experts say. 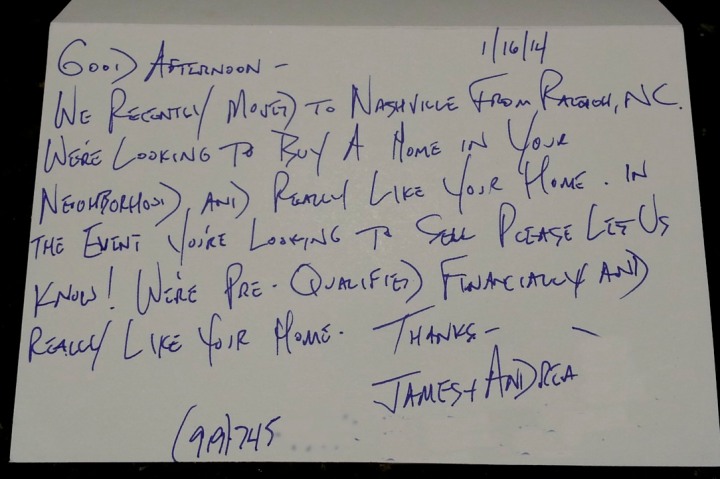