There’s not much left from my life here in Nashville 20 years ago. Precious few restaurants are still around, though I can’t say I could afford to frequent restaurants on a student’s budget. However, two of my mainstays from biz school, Wendy’s and SATCO (San Antonio Taco Company), are known for low cost meals and are still here. Wendy’s was the old reliable, with my normal order of two junior hamburgers and water making for a very efficient lunch for $1.05 in 1994.

Alas, I noticed last week that the Wendy’s, long sandwiched between gentrified neighbors like Starbucks, Panera Bread, and Mellow Mushroom, looks like it is closing.

But Wendy’s isn’t what this post is about. During business school recruiting season, a student usually ends up with many bonus meals, ranging from catered information sessions to night-out-on-the-town schmoozing if a company really wanted you. Twenty years ago I was being courted by Deloitte Consulting, where I did my summer internship. They had money and liked to spend it, so when they asked me where I’d like to go for dinner, I said The Mad Platter. It was a restaurant in Germantown, a bombed out shell of an old neighborhood where you wouldn’t want to be stranded at night. But the Mad Platter was the best non-traditional restaurant in Nashville, one that you could trust to have very inventive vegetarian fare (yes, I was a vegetarian 20 years ago). I loved the restaurant then, so I was amazed to find out that 20 years later it is still alive and kicking despite the plethora of similar farm-to-table restaurants. Germantown has gentrified nicely and is becoming one of the hottest areas in Nashville, especially now that they’ve announced the new baseball stadium which will replace the acres of asphalt between Germantown and the happening Downtown.

So this weekend I took my wife to The Mad Platter for a much needed mental escape. And it dawned on me that it was almost exactly 20 years ago that I had the dinner with Deloitte where they gave me my offer.

Without going into yet another blog post’s worth of words, I recalled the decision I made coming out of grad school. Take the job with Deloitte and be traveling all the time, take a job in Illinois and be moved around every six months to yet another factory, or take the job with HP that moves me to the West Coast yet would leave $25K of annual salary on the table. Of course I took the job with HP.

I realize now the symbolism of that decision. It was the start of many decisions for me that would put my values in front of money. If I start to count all the money I could have earned in these last 20 years that I left on the table, I could almost retire. But I have no regrets and the values-before-money trait is why I’m writing this post in Nashville 20 years later, not the Silicon Valley.

Thanks Mad Platter for sticking around so long and thanks to my beautiful wife for loving me despite my eccentricities. 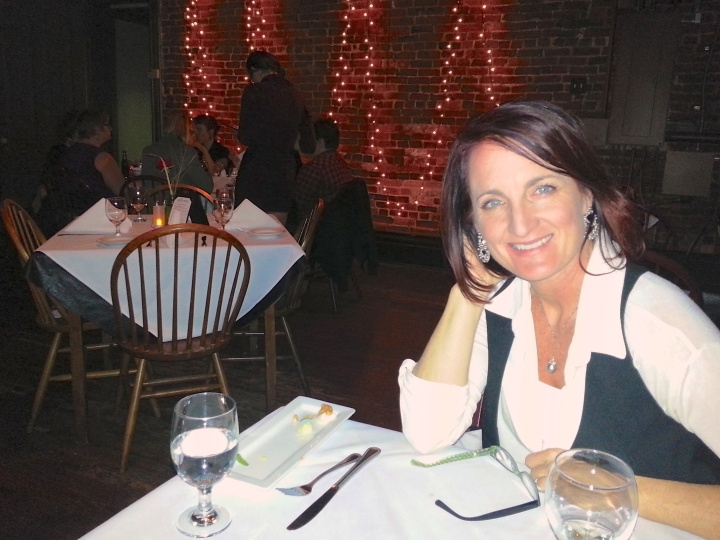 Enjoying a lovely dinner at The Mad Platter!