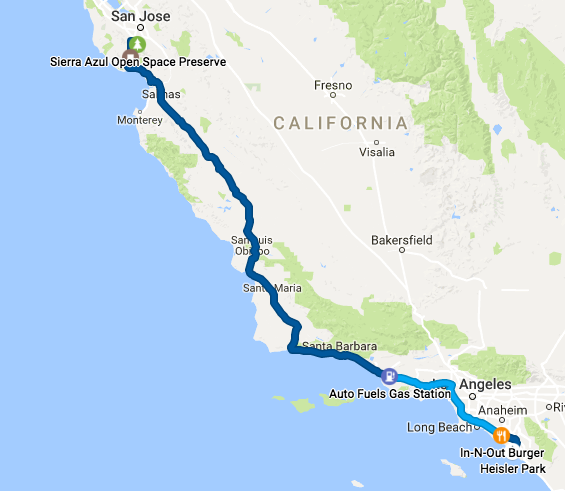 I started my Sunday journey by taking the ubiquitous and never boring route 17 over to Scott’s Valley to visit another core part of our California community. We met the Crosses at our church and Jeremy was an inaugural Friday Night Beer Club member, helping me to stay sane in my sojourn through life.

It was a beautiful morning in the redwoods, with a scintillating sun hitting the deck where we hung out most of the morning with their two kids, the youngest being only three weeks old! It was great to catch up with both of them and provide another helping hand with both boys.

After the Santa Cruz beach traffic had died down, I continued down memory lane, turning south on the iconic Highway 1 and headed towards Salinas, with my plan to join 101 and head to King City, cross over to I-5, and speed down to LA. However, in a weird twist of fate, I hit Salinas in a mini-heat wave. By the time I got to King City, the temperature was hitting 105 degrees on my car thermometer, by far the hottest I had seen the entire trip.

Given that one of the reasons I took this trip was to escape the hot weather, I punted on my plans for the central valley and headed for cooler weather – the coast. This is one thing I truly miss about California. Different weather is rarely more than an hour away. Don’t like the heat? Go to the coast. Don’t like the cold? Head inland. Too cloudy? The desert is close.

As I headed downhill from San Luis Obispo, I watched the temperature drop. By the time I hit Pismo Beach, it was down to 68 degrees. Fourty degrees in about 20 miles.

The ocean is yet another thing I miss. Nothing can replace an ocean. I wandered around Pismo Beach for a bit, watching the surfers near the pier, kids with boogie boards on the beach break, and a wonderful kaleidoscope of tourists, reflecting the diversity of California. After walking to the end of the pier, I smelled my worst temptation – popcorn. I realized it was Sunday and to support our family habit of Sunday evening popcorn, I enjoyed some on the walk back to land. 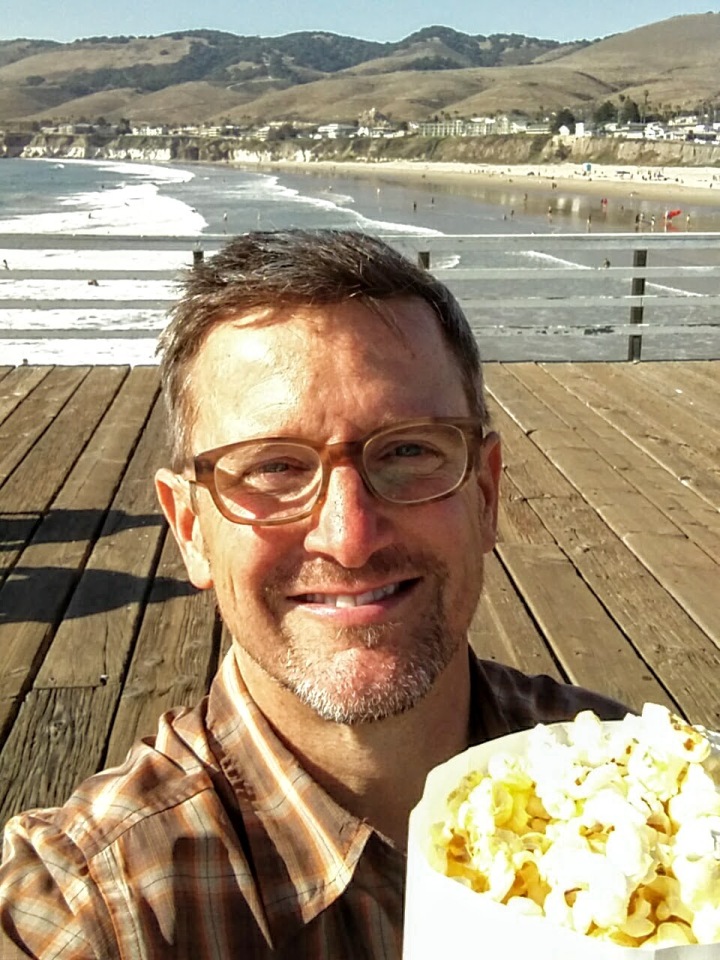 Thoroughly refreshed and gassed, I got back in the car to press on to the ultimate goal of Laguna Beach. I was a bit worried about return-from-the-weekend traffic, but the rest of the jaunt down 101 was uneventful.

I did hit some delays, but nothing that some good music couldn’t drown out. After many miles of radio stations that I could count on one hand, it was a delight to be able to scan through 20 stations trying to find one that I liked. Yes, I still believe in the analog world and try to listen to radio. I enjoy the local flavor, learning about the events and news of the areas I am passing through. In California, the bonus is that I can choose to practice my Spanish quite often!

I finally made it to Laguna right at sunset, just in time to unpack, unwind, and go to sleep with the sound of the ocean coming through the window.