It has been a week since we returned from the Wild Goose Festival, a festival of Art, Music, Justice and Spirituality. To cynical insiders, it is also known as the Festival for Recovering Evangelicals. This was our fourth year in a row, and we celebrated by doing something different – volunteering at the kids tent.

This brings us to the blog title, a reference to one of the songs that Kymberlee, in her role as kids music leader, played many times.

After two years of volunteering at the beer tent, this was a change of pace for us. Kymberlee was able to use her natural gifts of music and kids to bring some much needed pizazz to the kids program. Paul was able to play the roadie, setting up the sound system and making sure the guitar was tuned, the iPod charged, and the performer properly hydrated with fresh lemonade.

Working with the kids was rewarding, and several times we both missed having our own girl around. Maybe next year? We did, however, enjoy having our evenings completely free to enjoy dinner, music, presentations, and conversation together as a couple.

As with previous years, we met some fascinating people and reacquainted ourselves with familiar faces. We met a pastor from Illinois at dinner one night and fell into a conversation after we finished eating. It was very interesting hearing how Wild Goose was relevant to a small-town congregation in the midwest and whether he would bring people with him next year. In a typical small world story, we found out that he was from Taylorville, the only small town in Illinois that I had any knowledge of. I actually traveled there several times in the late 80s to install equipment at the paper mill that is in the city. Back then, I never figured out why they put a paper mill in the middle of cornfields, but the pastor said it was still alive and kicking so they must be doing something right. Trivia note – this paper mill is where they made much of the greeting card paper used by Hallmark, headquartered around 300 miles away in Kansas City.

We hung out often in the Art Tent, getting to know several artists and enjoying the conversations that drifted into the late night, fueled by the warm nights and cool cocktails. Thanks Troy! We also celebrated by getting some Jagua tattoos, something we had not done since we were engaged almost nine years ago. 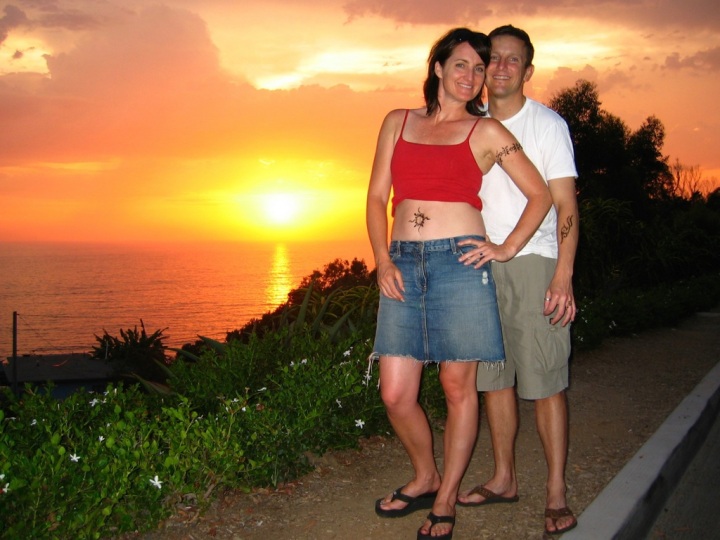 Perhaps the most significant encounter of the festival was a chance encounter with a Canadian family. I met the dad when he was slacklining, something I had never watched live. After we finished talking about the sport and how he got into it, he invited me to join his family for dinner, something that is very common at The Goose. No one ever goes hungry at The Goose!

I eventually found Kymberlee and brought her to their tent, and what occurred was a fascinating conversation around faith, community, and neurotypicals. The family has three members that are on the autism spectrum (what previously might be described as Asperger’s), and so had fresh perspectives on how that impacts their relationships and their faith journeys. Because Kymberlee has experience as a therapist dealing with Asperger Syndrome and the neurotypical spouses, it was an honest and vulnerable conversation. We all felt safe talking about our thoughts, feelings, and actions.

This brings me back to Slippery Fish. In many ways, faith for me is a slippery fish. Whenever I seem to get a firm grip on belief, something happens in my life that makes truth squirt out of my hands. Because of this history, I enjoy talking with people about controversial topics, especially people I don’t agree with. However, with all the news about confederate flags, marriage equality, and Obamacare, I find it hard to have safe conversations with almost anyone of faith.

That is what The Goose is becoming for me. A safe place to explore, be vulnerable, and pursue truth, that slippery fish that fights my desire to keep God in my grasp and finite, not the multi-faceted, infinite being that powers my world.

It is also a place of hope. The Canadian family reminded me that despite our struggles, our doubts, our skinned knees and bruised egos, there is always hope that we will find our way to wholeness, to deep community, and an authentic faith.