I have seventeen nieces and nephews from three years old to 29. They are a significant reason that we relocated to live only 2 hours away from most of them. They’ve provided me with many a great memory watching them growing up over the years and they have taught me as much as I’ve taught them.  But one thing has been missing – romantic drama. My sister’s children have been strangely quiet along that front, so it is with grand fanfare that I announce the first engagement in this generation! Daniel Sorrells and Elizabeth Villanueva were engaged June 1st and it was just as cute and unique as the couple.

It started off with my dad making sure the tie was right. 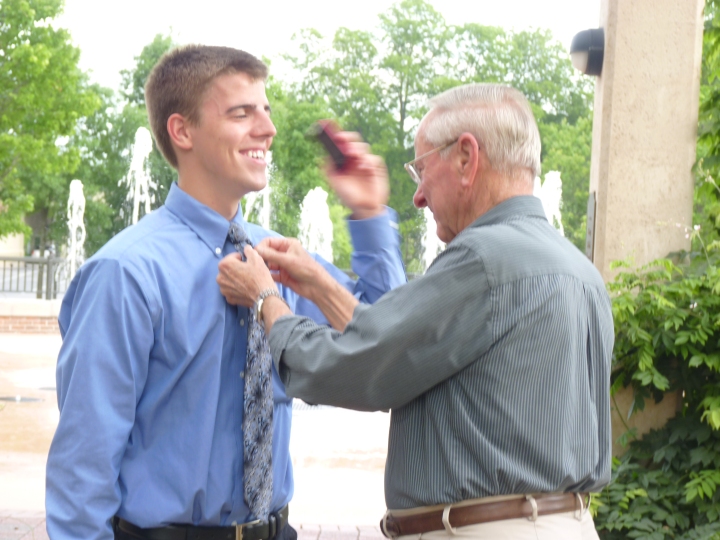 The site selected was a nice little park in downtown Huntsville with beautiful fountains. It was just like Daniel to find something beautiful and free. He doesn’t look nervous at all, does he? 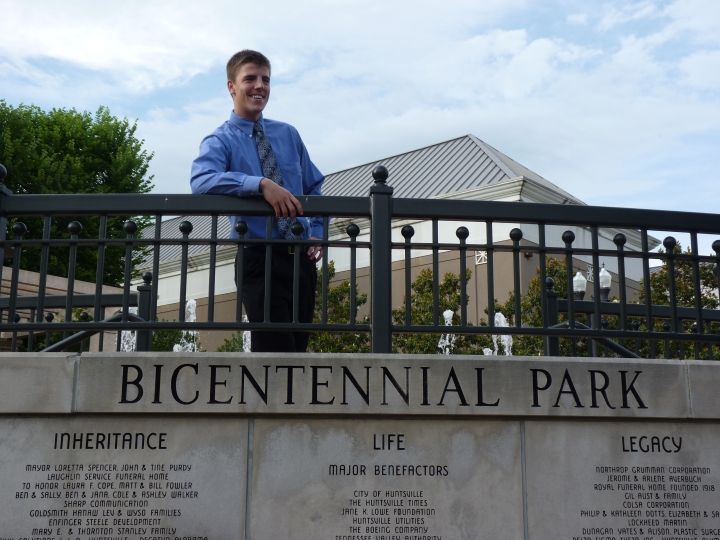 With the family photographer hidden in the bushes, he sees his girlfriend approaching after a long scavenger hunt that brought her to the park.

Being the traditionalist that he is (and he even had her father’s permission), he gets down on one knee to pop the question.

Of course she says yes! 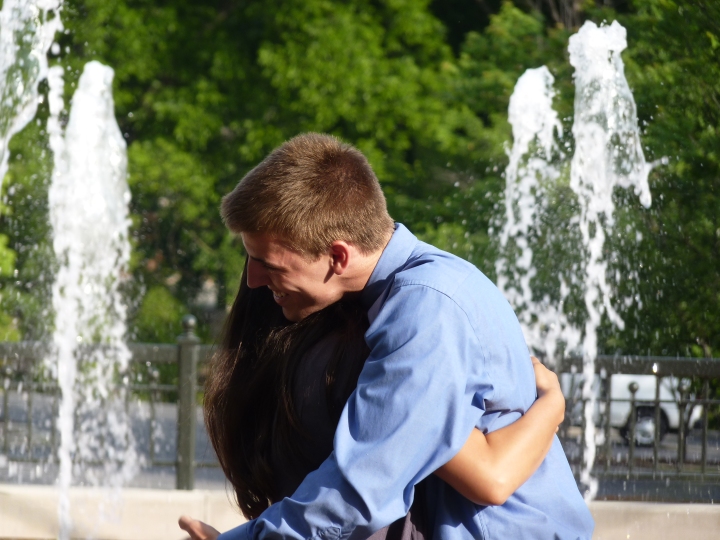 And no one notices which hand the ring is on. Aren’t they cute?

OK, they did finally correct the hand issue. It will make a great story that will be passed down through generations….

They are planning on getting married next May in Huntsville. Isn’t young love just awesome!

And as a footnote, the generation gap has made itself known. I had no idea this happened for over two weeks because of one fatal flaw. I don’t do Facebook more than once a month and Daniel announced it only on Facebook. What makes Daniel even more cuter is that once he found out I didn’t know for two weeks, he called me to apologize. Elizabeth’s future is bright!