It’s no secret that I love puzzles, especially jigsaw puzzles. It is a family tradition that dates back to my grandmother Young where around the holidays a jigsaw puzzle magically appears. The family would gather and gradually put the puzzle together over several days, and the puzzle table was a place where age, gender, politics and religion would all take a back seat to the mutual challenge. Conversations were sometimes glib, sometimes serious. No one was in charge, and no one felt compelled to be apart of the crew.

This Christmas was no different. My mom provided the puzzle and while it was only 500 pieces, it was the most devilish puzzle I’ve ever done. 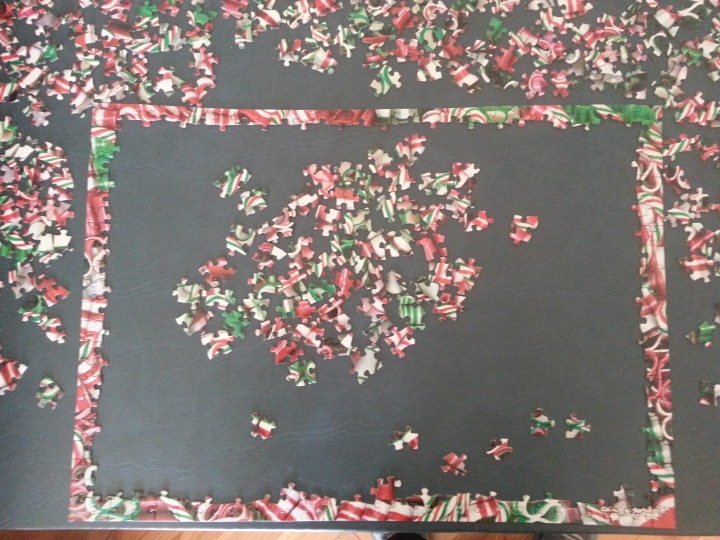 It started in the time-honored tradition of finding all the edge pieces and putting the boundary together. With little continuity between pieces, it was difficult to do. But somehow I pressed on thinking that patterns would start appearing and pieces would start going together.

They didn’t. It was a slow, laborious process where 10-15 minutes would go by without a single piece being put together. But I persisted. My wife was amazed at my ability to just sit there and work the puzzle, but it seems to be in my DNA. It’s actually very therapeutic for me to concentrate on just one thing and actually see progress being made. The fact that I could do this during my caffeine withdrawal probably helped our marriage.

I just love figuring things out. And I hate to not finish something that I start.

So two and a half days later (and no staying up past midnight, which has happened in the past), Evie put in the last piece so I could start getting her addicted! 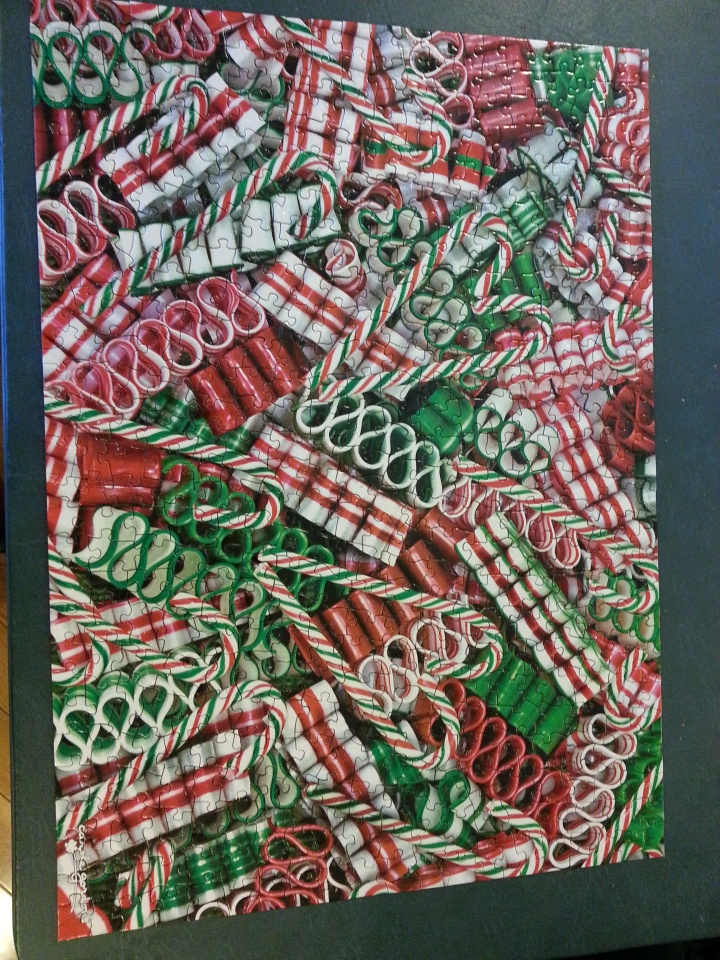 All I can say is that: